I cannot believe it’s been another year already! Where did the time go?

Okay, okay, enough of that. I know that you all want me to hurry up and reveal The Big Surprise already, so . . . here you go.

AND, MORE IMPORTANTLY, I MADE A CHRISTMAS STOPMOTION!!!

I have been working for HOURSSSSSS on this project and it’s FINALLY complete. Here’s a link so you can go check it out rightnow.

I know it’s not the best AGSM you guys have ever seen, but PLEASE WATCH IT IN HD TO GET THE BEST EXPERIENCE POSSIBLE!

Anyway, I hope you guys have an AMAZING Christmas and a very, very happy new year!

P.S. – I made the channel specifically for my stopmotion video, so don’t expect many more videos to follow. I may make some, I may not. 🙂 My blog is, and will continue to be, my main focus. 🙂 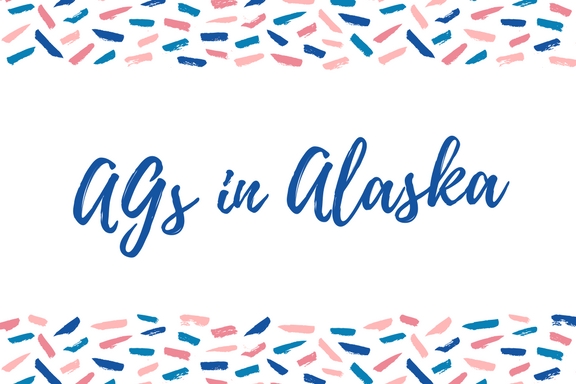 Stopmotions movies are more popular than ever on YouTube. Those who make stopmotions with their AG dolls have even started to call it “AGTube.” So what exactly is a stopmotion?

A stopmotion movie consists of a bunch of pictures put together and sped up very quickly. Sound confusing? Here’s an example: say I was taking a picture of Emily. Then I moved her arm just a fraction of an inch and took another picture. I move it again, just a teesny-weensy bit, and snap another one. Say I do that with twenty pictures. Then I upload them onto a movie-editing program on the computer (I use iMovie), and change the duration of each photo to .1 seconds. Then I play the video. Emily looks like she’s waving!

So now you’re curious. You want to make one yourself. Well, you’ve come to the right place. Presenting . . . . American Girls in Alaska’s Stopmotion Tutorial!!!!!

Step 1: Pick which dolls to use in the video. You can’t have a video without actors! (If you don’t have American Girl dolls, you can use Barbies or Our Generation or Littlest Pet Shotp or Lego figures or whatever.)

Step 2: Set up your set. Taking the time to do this right is crucial in producing a good movie. Make sure you don’t have human-sized objects like beds or tables in the pictures as they will take away from the doll-sized effect of your movie. However, some human-sized objects will work. I have a little caddy that goes on my desk for office supplies, but it works perfectly as a nightstand for Lindsey and Molly’s room.

Step 3: Write the script. You cannot do a stopmotion without a script. It is your guideline to everything – even knowing how many pictures to take! After you’ve written the script, you can start filming. You can estimate how many pictures you need based off of it. For example, I have a line where Molly is saying, “I like your new shirt.” That took me about one second to say, so I’ll need about ten pictures. Then I’ll have enough time to say, “I like your new shirt,” when I record the audio. It’s better to have too many pictures than not enough – you can always take pictures out when we get to editing. Your second-picture ratio should be ten pictures for each second of audio.

Step 4: Lights, camera, action! It’s time to start filming! Follow your script and you’ll know what to do with the dolls. Example:

Lindsey: I’m so excited for summer camp, aren’t you?

Molly: I came here last year, and camp was so much fun.

Now, how do I tell which doll is actually talking if there are more than one? Well, you can move the arms of only that one up and done. You can move their head from side to side. It may sound funny, but it works. In fact, those are the two main things people use in stopmotions for the “motion” part.

Step 5: Upload. Upload your pictures onto your computer and get them into your program editing software. (This is why it’s best to take a class about your software first.) Once they’re in, change the duration to .1 seconds.

Step 6: Add your audio. This is where you’ll add voices to the pictures! You can use the voiceover system on your software or use a microphone. I have absolutely no idea how those work, so I just use the iMovie voiceover. While it’s not super fabulous quality, it gets the job done. Add the audio line by line so you can speed it up/slow it down if it doesn’t match the pictures without getting overwhelmed. It’s really important to know how your software works.

Step 7: Finalize your edits. This is where you add sound effects, music, or just watch the video all the way through and take out any errors.

Okay, you’re done! You have your first stop motion movie! Congratulations, that probably took a lot of patience on your part. What to do with it now? Show it to your family and friends, start a YouTube channel for your stopmotions if you are really into it, or just keep it secret from the world. 🙂

Or, you can go onto YouTube and search “American Girl Stopmotions,” “AG Stopmotions,” or just “AGSM.” Lots of channels abbreviate it as “AGSM” now. There are thousands of them on YouTube.

My favorite AGSM channels are Mixipixie7 and Basilmentos. I haven’t really gotten attached to any other channels yet. 🙂

Thanks for reading, and go make a stopmotion!

Hey guys! I’m AGs in Alaska, and I’m a fun-loving, adventurous girl living in Alaska . . . well, obviously. :) This blog is all about American Girls, from photoshoots to tutorials to reviews and so much more. Make sure to hit that follow button and stick around! We’re pretty fun around here. 😉 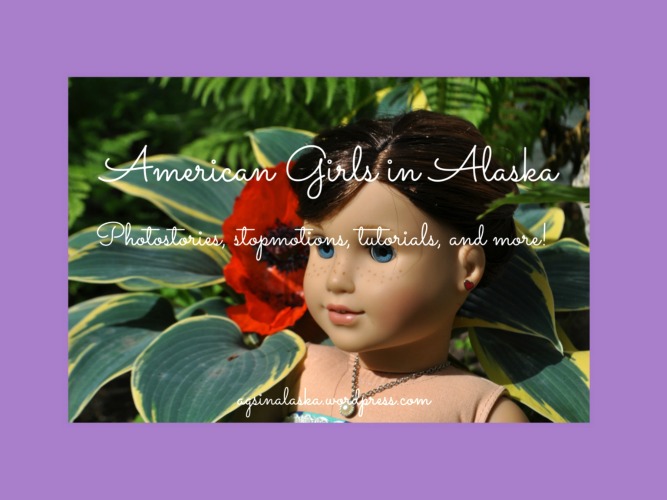 All content on this blog belongs to AGs in Alaska, including text, images, etc., unless otherwise noted. Do not steal. If you would like to borrow images, please contact me from my contact page beforehand for permission.